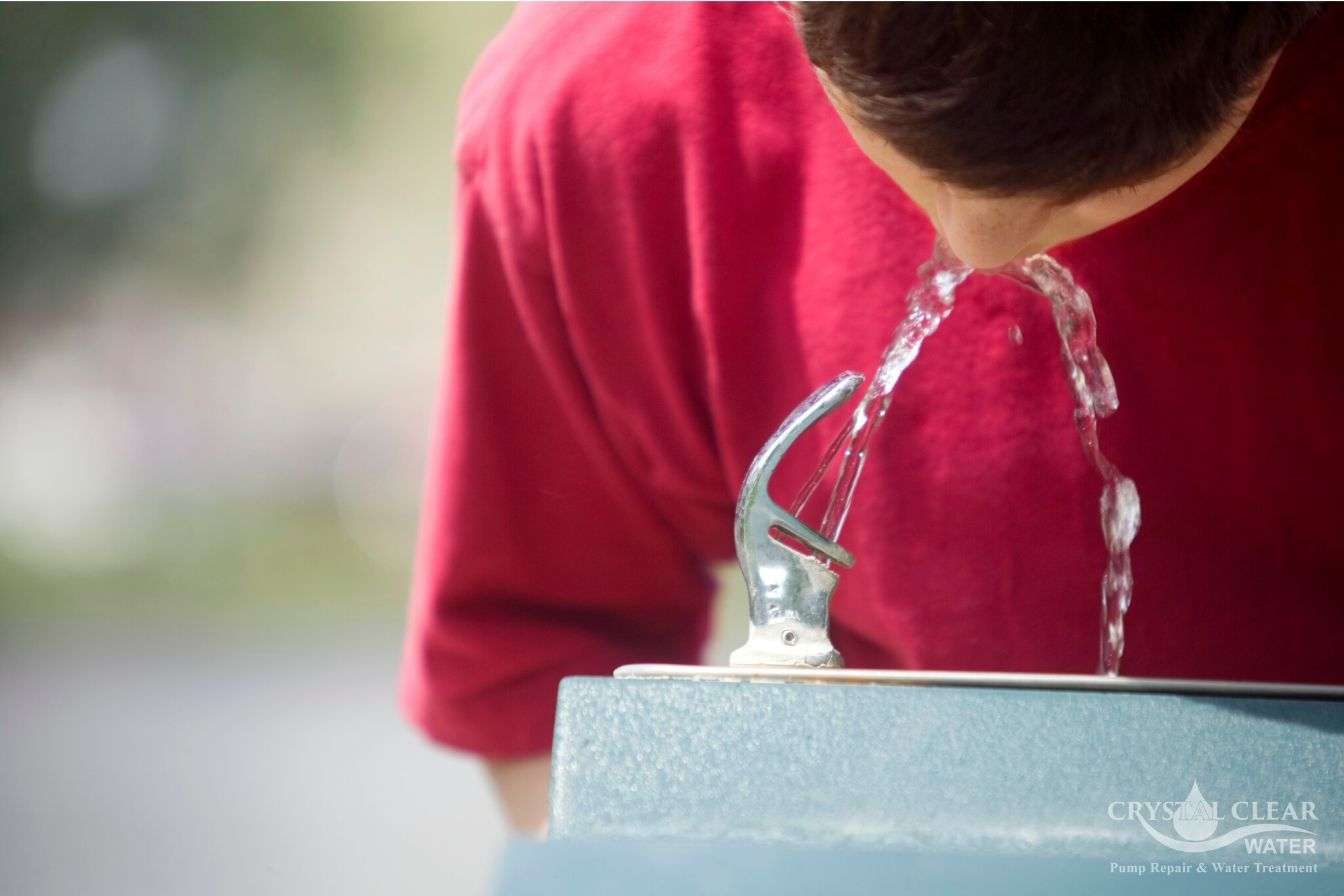 Have you ever wondered if drinking from water fountains are safe? Many of us have, yet many of us grew up using them without a doubt in our minds that we were safe in doing so.

It seems as though the days when parents allowed their kids to run outside unsupervised are a thing of the past. Drinking from spigots, hoses, and fountains are less common than in years ago. Whether you call it a drinking fountain, water fountain, or bubbler, their use is on the decline.
In the last decade, a pattern began with a severe decline in drinking fountain usage. With the rise of knowledge from the world wide web, so increased water concerns. Thus, decreasing the use of water fountains due to health concerns people were having. In fact, since the 2015 international plumbing code has changed. The number of required drinking fountains in a building are half of what they used to be before as a result!

What’s In The Water?

With the decline of drinking fountains came the increased usage of water bottles. A single plastic water bottle takes over 1,000 years to biodegrade, and if incinerated, they release toxic fumes into our air. An estimation of over 80% of disposable water bottles in the United States alone become litter. The landfills of the U.S are overflowing with 2 million tons of plastic water bottles alone. Aside from the plastic waste it creates, there are health concerns that arise from drinking from plastic bottled water. Please read our blog on micro-plastic that was found in the water of various top brand bottled water manufacturers.

Water that flows through a drinking fountain also flows through the same cleaning process as tap water, which most people avoid drinking due to the level of contaminants. The pipes which supply the water to the fountain also contribute to contaminants as the piping tends to be old and releases chemicals into the water. The EPA has estimated over 600,000 chemicals are currently used to “treat” tap water, while the Safe Water Act only oversees 91 types of contaminants. The water in your drinking fountain and tap may have one of thousands of contaminants. The most common contaminants found are aluminum, arsenic, nitrates, bacteria or viruses, and fluoride. In some areas of the country, like Michigan and Illinois, the drinking fountains have been turned off due to lead and copper contaminants from old piping. Not all news is bad though, in some areas of the country such as New York City and San Diego, there has been a slow implementation of upgraded water treatment processes and enhanced maintenance for public water systems. However, as with many changes in life, the process takes time.

Aside from causing our kidneys and liver to work overtime to clear out toxins and pollutants introduced by the water we ingest, there are serious health effects that come from ingesting contaminated water daily. Whether it be in your home tap or a public place, the water-based bacteria that can affect you and your family, including pets, can cause illness, hospitalizations, and even death.

With extensive research on the water supply in the United States, some studies have shown that daycare drinking fountains are among the top common carries for the rotavirus. This gastrointestinal virus is known to cause stomach pains and diarrhea. Separate studies have reported drinking fountain handles alone are one of the most contaminated public surfaces in school systems and a frequent host of norovirus and Influenza A virus. Norovirus is a gastrointestinal virus known to cause nausea, stomach pains, and cramping along with vomiting and diarrhea. Through these studies and other research, simply handling public water fountains have been proven to carry considerable health risks.

After handling the water fountains, ingesting the public water is the next risky action for your health. A common disease in public water systems, including those in schools and medical buildings, is Legionella, the bacteria causing Legionnaires disease. Legionnaires disease causes a type of pneumonia to attack the body and causes the hospitalization of many.

For the time being, we must take matters into our own hands for the health and safety of ourselves and loved ones. We must take precautions to ensure we are hydrating with pure water. A simple way to combat inadequate water treatments and public plumbing systems is by using refillable water bottles. By filling up a reusable water bottle from home, you can ensure your Crystal Clear Water System purified water is providing you with the pure, safe water you and your family need for proper health and hydration. With our system removing 99% of contaminants in your tap water, you will have peace of mind while you and your family drink on the go or at home. Using a refillable water bottle with your pure water from home is also an economical choice to save money on buying bottled water. Avoiding disposable bottled water will also help contribute to less plastic waste and prove the benefits to you and the environment. Call us today to hook up our whole-home water purification system in your home!