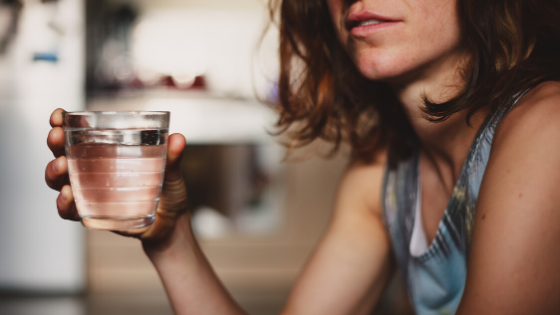 There are numerous reasons why your water might give off an unpleasant taste and odor and give you smelly water.  If you have municipally supplied water, most of the odors or tastes should not pose health concerns. However, there is the potential for post-municipality contamination in the miles of distribution pipes leading to a residence or within the home itself. Some of these may indicate a health concern while others may simply make your water less satisfying.

There is no universal test or treatment for bad taste and odor problems, but you can often find targeted ways to determine the causes and find solutions.

Some tastes and odors from smelly water, especially those due to organic substances, can be removed from water by passing it through an activated carbon filter. Other tastes and odors may respond to so-called oxidizing agents, such as ozone, hydrogen peroxide, and potassium permanganate.

A common characteristic of water from public systems is the chlorine taste and odor, which is often quite noticeable. Many public water systems treat water with chlorine to disinfect it. Although this is an important step in the treatment of water because it destroys disease-producing bacteria and other harmful organisms that may be in present in water, there is no doubt that excess chlorine from the disinfection treatment step can make the water objectionable.

In other cases, water with a high mineral concentration may have an unpleasant soda or salty taste, and a metallic taste may be produced by the presence of iron or manganese in water.

Many people have also encountered water that contains hydrogen sulfide gas, which creates an objectionable odor. So-called “sulfur water” not only produces the obnoxious “rotten egg” odor, but is also corrosive to plumbing and can cause the rapid tarnishing of silver. Even very low concentrations of hydrogen sulfide are detectable because of the strong odor.